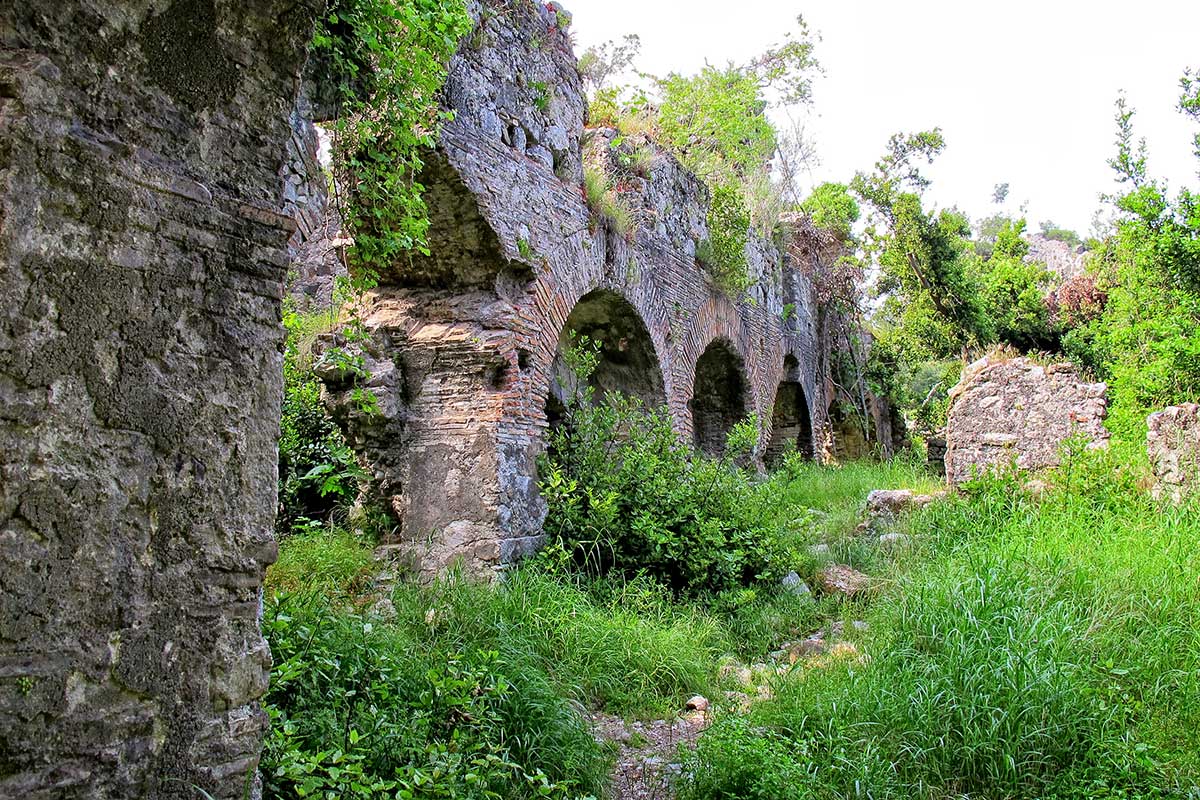 At the southern end of Cirali lies the ruined city Olympos. The ancient city port was established in the 2nd century before Christ and was inhabited until the 4th century after Christ. Olympos was an important member of the Lycian Union. At the beginning of the 1st century before Christ the land – just like the neighbouring city Phaselis – was taken by pirates. 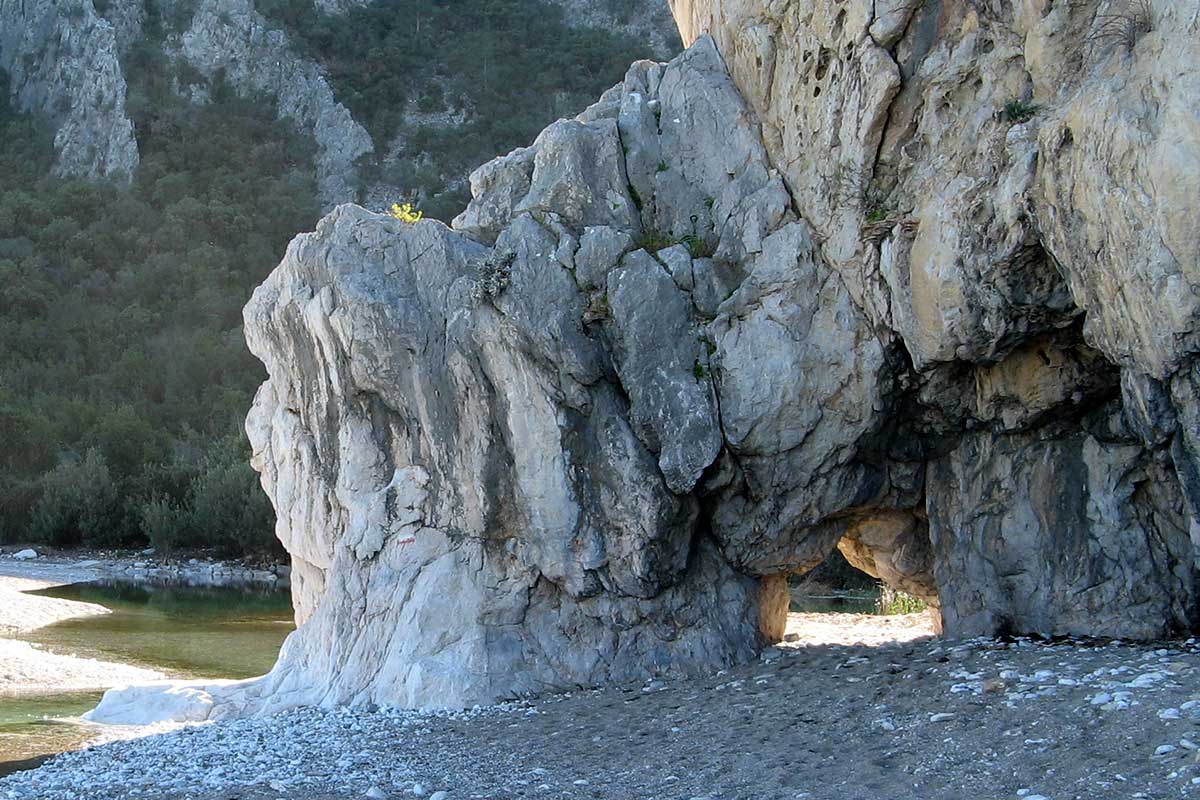 In its history the place was called by different names: Korykos, Olympos or even Deliktas, what means as much as perforated stone. This name has its origin in the natural rock gate which you can find directly at the beach of Olympos. Once the natives had to pass this rock gate with their camels to get from Cirali to Olympos. 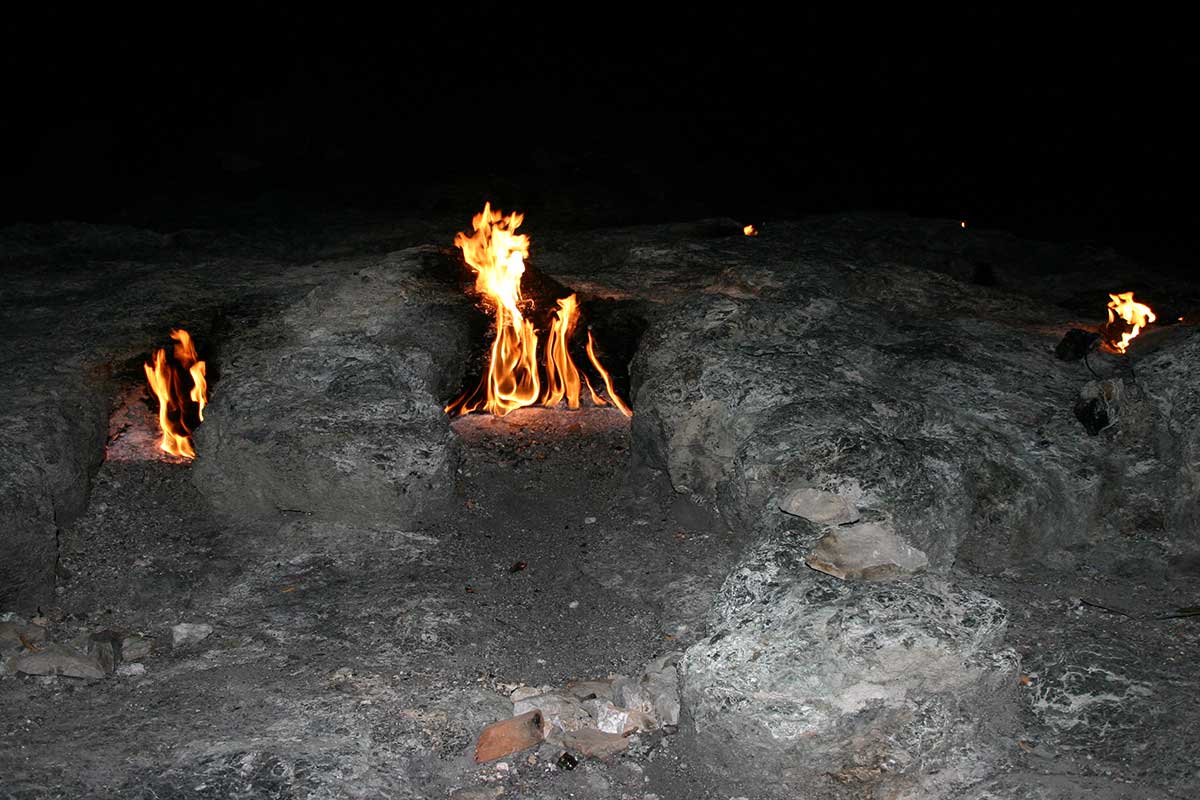 One of the eternal flames of Chimaera

Homer describes in his Iliad the Chimara as a combination of lion, goat and a serpent of three heads. This monster was a great threat for humans and animals. Therefore King Jobates engaged a hero named Bellerophon, a grandson of Sisyphus, to kill the Chimera. As expected, the gods supported the hero. The goddess Athena, god of war and craftmanship, provided him Pegasus, the winged horse. Equipped with this mobility it was an easy ride for Bellerophon to kill the Chimera from the air. He steathed his sword deeply into the throat of the monster and pierced the fiery and horrible tongue. Of course the beautiful tale ended up with a marriage between hero and the king’s daughter. However, it was not possible to extinguish the entire fire-spitting creature. Still nowadays it breathes fire on a hill in Cirali. The natives call this place “Yanartas” which means as much as “burning stone”.